The moment cat lovers lay their eyes on Pallas cats their immediate response is, “I want 40 of those“.

Well, one has to understand the sentiment behind the response because Pallas cats or Otocolobus manul are adorable unusual and super fluffy.

Now because of their elusive existence and habitat far into the grasslands and steppes of Central Asia and Eurasia;

Cat lovers don’t know much about these flat-faced furry kitties.

To quench your thirst of curiosity, in this post I am going to discuss 10 incredible Pallas’s cat facts that are sure to leave you amazed.

Contents hide
1 1. Pallas Cats Derive Their Name From Peter Pallas
2 2. They Are Way Smaller Than They Appear
3 3. Their Coats Do More Than Just Making Them Cute And Cuddly.
4 4. Pallas Cats Pupils Are Round Unlike Vertical In Other Cats
5 5. Pallas’ Cats Are Ambush Hunters
6 6. Pallas Cats Are Poor Runners
7 7. They Have Brief mating Periods
8 8. They May Be Closely Related To Leopards
9 9. They Lead A Solitary Life.
10 10. The International Union Classifies Them As “NEAR-THREATENED”

Pallas cats get their names from a German naturalist who originally in 1776 classified the cats as ‘Felis manul‘.

The word ‘manul’ finds its root in the Mongolian language.

The modified and current scientific name of Pallas cats, Otocolobus Manul, is derived from the Greek language and interestingly enough Otocolobus means ugly-eared.

In the preliminary stages of his classification, Pallas wrongly suggested that these cats were the ancestors of Persian Cats owing to their long fur, stout body, and flat face.

2. They Are Way Smaller Than They Appear

Their stout build coupled with a furry coat give an illusion of size regarding these furry kitties.

I mean they aren’t that big to begin with when compared with some other big wild cats but their furry coats add to the illusion.

In reality, they weigh somewhere around 12 pounds and are less than 2 feet in body length.

This means a Pallas cat isn’t much bigger than your ordinary house cat yet their furry dense coat makes them look bigger.

3. Their Coats Do More Than Just Making Them Cute And Cuddly.

The unique coat that Pallas cats are ordained with forms the essence of their beauty.

And I know you can just fall in love with these kitties by laying your eyes on their fur.

I am sorry my friend, you can’t.

But these furry coats do more than just making them cute and cuddly.

Their fur is longest near their belly which is very convenient as it helps them keep warm in winters and when they are hunting on frozen grounds.

In addition to the length, Pallas’s cat hair density and color pattern also keeps changing depending on the season.

During winter Pallas cats coat take up a uniform gray color and in warmer months, you will find their coats evolving into a red-toned hue.

The coat pattern also helps protect these cats from predators by blending in with their surrounding environment.

4. Pallas Cats Pupils Are Round Unlike Vertical In Other Cats

If you own a cat and happen to catch a stare from her, apart from the consistent judgment you will also observe the innate beauty in their eyes.

Check out this post on cat eyes where I discuss some incredible facts on cat’s eyes that you probably didn’t know before.

Pallas’s cat’s eyes differ from your domesticated cat in the sense that their pupils are round instead of vertical slits.

In this way, the Pallas cats are similar to other wild cats such as lions and tigers who also have round pupils instead of vertical ones.

If you are wondering why do some cats have vertical pupils and some round ones, check out this study conducted by the University of California.

The study found that the pupil shapes may be directly linked to the animal’s role as a predator or prey in the food chain.

Animals with round pupils were identified as ambush hunters that were active during the day as well as late into the night.

On the other hand, animals ordained with vertical pupils were more often than not foragers that chased their prey.

In addition to this, it was also found that predators that hunt closer to the ground like the house cats have vertical pupils.

Whereas large wildcats like tigers are ordained naturally with stark round pupils.

Also, join this litter of crazy cat enthusiasts and receive your FREE Cat Behavior Training Guide right into your inbox.

Granted that these cats mostly feed on pika, they stalk their prey using large vegetation and stones as covers.

Their furs help conceal themselves very conveniently with the environment to aid in hunting.

They will also on many occasions wait for their prey outside their burrows, ready to pounce as soon as it’s inhabitants exit.

While these cats are excellent at ambushing their prey, Pallas cats are very poor runners.

And therefore aren’t foragers that chase their prey over long distances.

I think you can easily infer this characteristic by looking at their short and stout build.

Their poor running capability, for the most part, is due to their short, stout and stocked builds.

Pallas cats, unlike some other wild cats, do not have strong and lengthy hind legs that help them to run very fast.

But the assets that nature has blessed them with are more than sufficient to live and hunt well in the ecosystem that Pallas cats are a part of.

When chased by predators they resort to concealing themselves around boulders, long vegetation, and small crevasses.

7. They Have Brief mating Periods

Their breeding season is relatively short and females typically give birth between March and May after a gestation period ranging anywhere from 60 to 80 days.

Pallas cat litters usually have three to four kittens but on occasions, female manuls can give birth to as many as eight kittens.

Also, Pallas kittens grow up really fast. The kittens become independent by the time they are 3-4 months old and are ready to procreate when they are 9-10 months old.

8. They May Be Closely Related To Leopards

In the initial stages of classification, Peter Pallas wrongly inferred manuls to be related to Persian cats.

He said, “It looks like an offspring of a Maine coon and a Scottish fold weaned on a dose of steroid milk”.

And boy was he wrong. At least he had a good sense of humor.

Later, looking at various traits experts conclude that the wildcat’s closest by a long shot relative might be the leopards.

9. They Lead A Solitary Life.

Apart from the brief mating period that they get together in, Pallas cats, for the most part, lead a solitary life.

They are notoriously territorial and elusive with both males and females using their scent to mark their territory of about three miles.

They spend most of their day time in their caves, crevices or burrows coming out only during the dusk time primarily to hunt.

And their love for solitude isn’t just limited to not having other animals in their territory.

Their behavioral study reveals that Pallas cats don’t even like the company of other Pallas cats.

In an account by Bill Swanson, the Cincinnati Zoo’s director of animal research, In The Wild Cat Book, Zookeepers while taking care of a Pallas cat litter by listening to some of the noises thought that the kittens were having trouble breathing.

On analyzing the sounds a little more carefully they realized that the sounds emanating from the kittens were that of them hissing and growling at other kittens.

Talk about enjoying your own company, Han !!.

10. The International Union Classifies Them As “NEAR-THREATENED”

On a research estimate, we know that Pallas cats can live up to 6 years.

But that number in recent times has taken a huge hit.

In 2002, the International Union For Conservation of Nature have classified Pallas’ cats as “NEAR THREATENED“ and the status hasn’t changed to this day.

I know what you are thinking.

Why is everything beautiful threatened nowadays.

Well, my friend, that’s because humans don’t know how to handle their own freedom.

And we have this twisted idea that freedom means we can do whatever we want.

And in our childish and selfish desires, we encroach the natural habitats of beautiful beings like Pallas cats among other animals.

I am sorry, I didn’t want to end the post on a sad note, but isn’t it important that I make you aware of the facts as they are.

The good thing is balance and symmetry are the inherent properties of nature.

And if we, you and me, from today start being responsible towards nature in small steps, like reducing our plastic usage, using resources only that which we require and include this existence in our compassion.

The existence will start replenishing itself because that is its nature.

I know there are a lot of people out there that say,

“Oh, we need to preserve nature”.

“We need to conserve the environment”.

While I can understand the sentiment, I question our judgment as to why do we first mess things up and then launch campaigns to un-mess things up?

Why aren’t we living a conscious unmessy lifestyle that is empowering to everybody and everything in the first place?

Food for thought isn’t it.

I hope you enjoyed the post as much as I enjoyed writing it.

Please don’t refrain from expressing your feelings about Pallas cats or concerns regarding nature and animals in the comments section below.

Take great care of yourselves and your cat and I will see you in the next one. 3 thoughts on “Pallas Cats: Top 10 Pallas’s Cat Facts That Will Leave You Amazed!!” 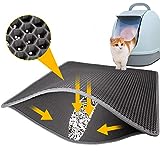 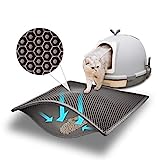 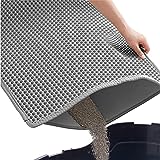 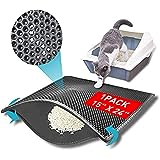